Underground and Above the Clouds

Our last day in the area we started our morning with a tour of the Salt Mine in Berchtesgaden.  We had heard good things about them and it did not disappoint! There were no pictures allowed but they did take a picture of us going down the first slide though.  We started by putting on coveralls - I think more for fun than clothing protection. Then we took a pretty fast train into the mines. From there it was mostly walking although we did go down two miners' slides and we crossed an underground lake on a boat and had a light show in the process. 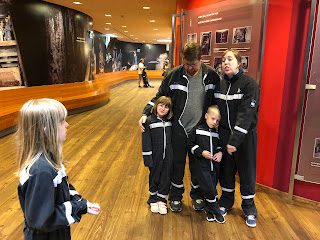 Ok Bronwyn did take one great picture of us trying to get Megan in the picture!  Then the train was leaving and we didn't have anymore time. 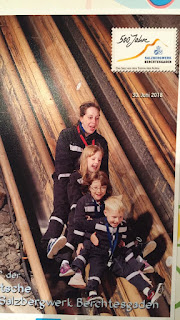 And this is the slide!  Megan especially was nervous about it but they loved it and were excited to go on a second one later in the tour.

The extraction process is actually very interesting. They drill down in and create a cave that they then fill with water. The salt dissolves into the water and then they pump the water out and extract the salt from there. The tour was in German but they provided audio guides in other languages so we didn't miss out on any of the information.

After the tour we had a little bit of time and drove into the mountains behind Berchtesgaden to find a little church I wanted to see. On the way we saw a chicken crossing the road!!! 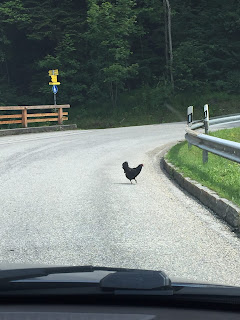 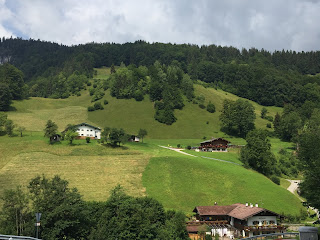 It was so lovely! 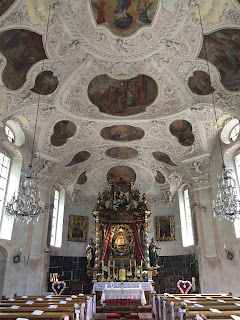 The church was an amazing Rococo masterpiece with the pale pinks and some yellows and plenty of stucco work.  And it was decorated for a wedding! In pink of course. 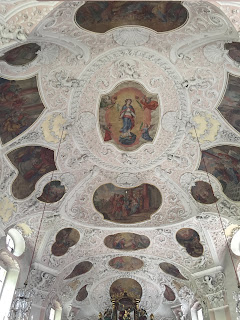 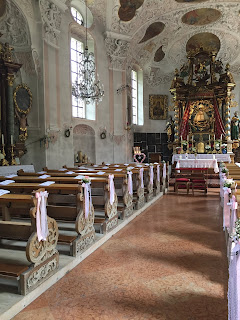 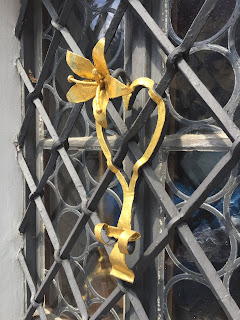 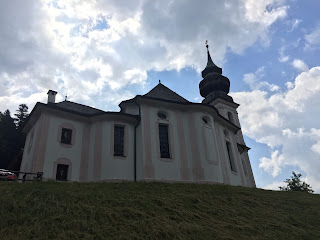 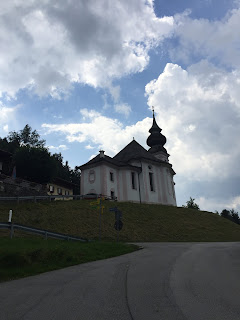 In the afternoon, Chopper, Jenn, and Bronwyn took a tour of the Eagle's Nest.  It was a 4 hour tour of various places of informational interest and kids under 8 weren't allowed. Honestly I don't think any of my kids would have liked it though so we dropped the adults off at the starting point and then I took the kids to the Schwimmbad in Berchtesgaden and we swam for about 4 hours and then went and picked them all up. Instead of staying in Berchtesgaden again for dinner, we decided to drive towards our apartment and find something on the way. We stopped in a little spa town called Bad Reichenall and really enjoyed exploring although unfortunately the dinner we did eventually get wasn't that great. 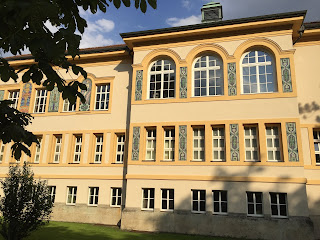 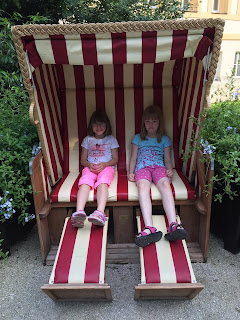 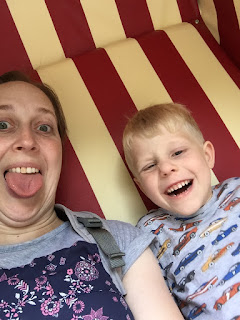 William and I took lots of selfies sitting in this chair and he must've been inspired because then he took about 50 on his own with my phone. 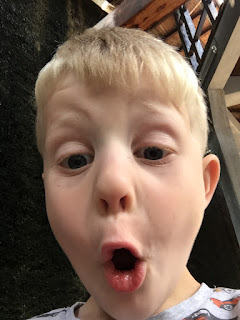 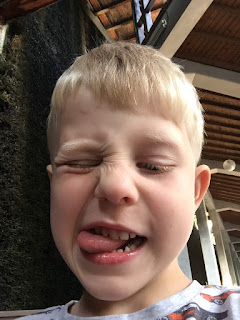 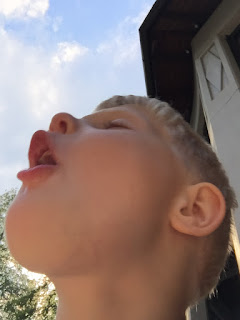 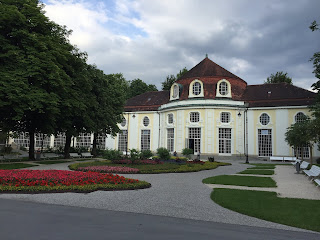 The town had an outside air conditioner!  I'm not kidding! It was this really large building with plants on each side (it was fairly narrow) and then water trickling down through. The breeze of the water or something went through and cooled and it was pretty amazing!  We found a fountain with chairs and relaxed for a bit. I could've stayed a lot longer if I'd had a good book! 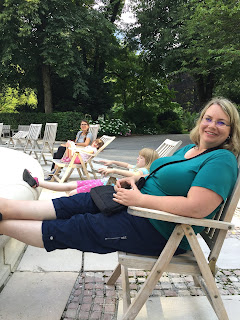 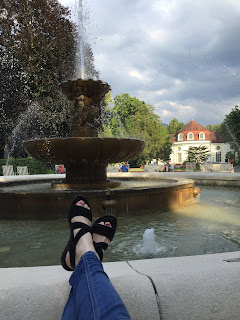 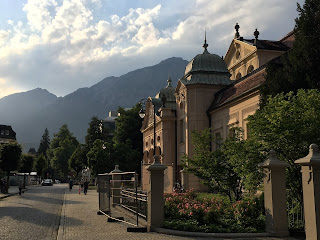 They also had some kind of mobile library thing going on with chairs and pillows and hammocks everywhere and shelves with books! 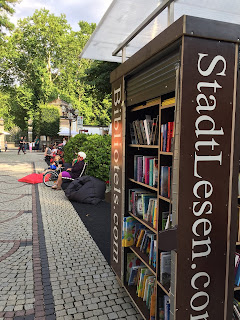 I looked up that website - it really is just a project where this whole setup travels to cities and you can pick out a book and sit and read!  Too bad it was all in German but the concept is absolutely fantastic! 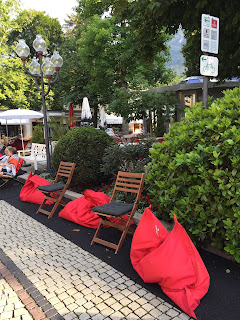 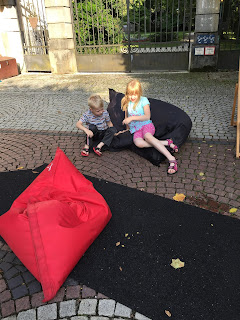 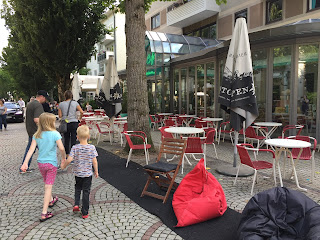 Oh this is the courtyard of a Mozart cafe - Salzburg is known for their Mozart chocolates. It's a chocolate ball with marzipan and pistachio inside.  Honestly I think they're just ok. But their colors are red and gold and this cafe certainly stayed on point with the color scheme!  And then there was a statue of Mozart and his wife. 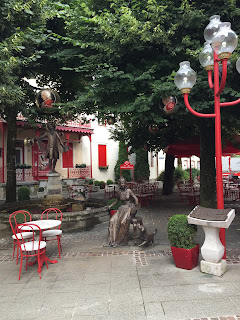 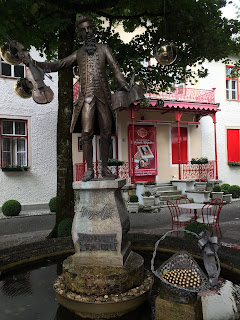 Posted by Wonderful Whittacres at 10:51 AM